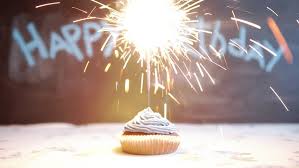 The Nation met this morning and inspired me as usual to chronicle this meaningless meeting of human mediocrity. Let me first say that tomorrow is my 60th birthday and the fellas knew it. Steve and Doug were waiting with a chocolate chip muffin on a napkin. Adorning the muffin were two wiggle candles, one yellow and the other green, that resembled DNA strands without the connecting rungs… or bug antenna set on fire. Pick the one you feel is more appropriate. A plastic conifer tree stood at attention in the center, guarded by a plastic clown head that somehow resembled Donald Trump. I was touched as I snuffed out the two snakey candles and peeled the wax paper cup liner off the base of the muffin. MMMMm, not a bad way to start Coffee Nation.

No sooner had I begun eating my muffin than Joel arrived in a spiffy gray pinstriped suit with a black bow tie. Sharp as a diamond studded platinum tack in Al Sharpton’s silky lapel. Steve compared him to Harrison Ford in his fashionable tableau. I just called him Hair Ass, Son, with an Asian accent, and left it at that. Joel noted that his deceased father-in-law celebrated the same birthday as I. “He lived to be 99… and was a miserably smart, horse’s ass who disdained me from the get go.” Harsh words from the usually mild mannered Joel, but I was beginning to see things that only a father-in-law can perceive. Well, that eruption struck me as a methane burp from old decomposing feelings.  Therefore, I decided to share my evaporating weird dream from last night so as to steer a new course for Joel’s psychic dingy, away from the wicked shoals of cranky coral.

I was getting dressed , somewhere in my dream, for the birthday dinner party my wife had set up at the Gourmet Goat in Hagerstown. She had invited 15 folks to join us. We were waiting in a familiar glass house having a glass of wine with vague anticipation, or was it dread? Oddly, Donald Trump was a guest and behaving unpredictably civil. I asked him, “Donald, would you like a drink?” He declined without a bit of attitude, insisting that he did not drink alcohol and loved Mormons, Muslims, Morons, Mandalas, Mandelas, Mandolins, and that was just the M’s. Though it did look like he was passing a kidney stone.

The house began to fill with cousins whose names I did not even know.  They looked familiar and were dressed up for the dinner party.  I counted heads like my border collie does with folks in my house. He likes to keep inventory. He was abandoned by an accountant who moved to Oklahoma with the petrochemical surge in 2010. Fracking idiot!  I was keenly aware that we had way too many Indians for our reservation. As I looked around in my dreamscape I saw my sister-in-law and her kids; my wife’s cousins and their kids; and a deceased aunt who told me,

” I knew you wouldn’t invite me so I invited myself.” She looked good for a dead woman; wore a nice white satin dress; hair perfectly coiffed. Things were getting weird, though, and as  usual my bladder nerve was the director of this movie, so visuals started pulsing faster and faster. My dream self searched frantically for a bathroom or a bush.

That’s when Steve from Coffee Nation pulled into the driveway in a red car. He was early as usual, but had to go buy a helium party balloon at the grocery store. He was in a hurry and no one was in the empty Giant store. Creepy. Being an engineering genius, he went to the helium tank and inhaled two lungs full of the gas… and began to float like a Macy’s Thanksgiving blimp. He grabbed onto a shopping cart for ballast and sort of bounced out of the store, hovering six feet above the ground, resembling a gymnast on a runaway jet ski, only it was all in whoa slowa motion.

Meanwhile back at the house everyone else took off in various vehicles for the restaurant, leaving me behind to select a sports coat. As I exited the newly acquired second story, I realized that I was in Mexico, far south of the restaurant. Just then a Jeep with four Mexican soldiers showed up and arrested me in Spanish. I tried to explain to them that I had reservations for 15 at a restaurant north of the border, but they just looked at me like I was speaking English. I made a run for it up a flight of stairs that simply ended above a walled garden. Two little girls ran around me, teasing me with toilet paper and the key to the locked bathroom door that stood across the courtyard.  I heard the heavy footsteps of the Mexican gendarmes pounding up the stairs behind me. I closed my eyes and took a leap of faith. I braced myself for a hard landing, but when I opened my eyes I found I was standing on Steve’s back, just like I was surfing without water beneath me. Wordlessly I communicated to him that he needed to vent some gas so that we could get moving laterally as the gendarmes lowered their rifles and aimed at me/us. He complied and we took off in a zip. In dream time it was a matter of seconds before we arrived above the restaurant 2,000 miles away. I know because Steve was singing Margaritaville and only had time for two lines… “I stepped on a pop tart,

let out a big fart…”

The next thing I knew I was droning above the multitude as one of my cousins ordered a shark steak off the menu. Suddenly a 14 foot bull shark crashed onto the table and devoured him. The rest of the party looked away and ordered the chicken in unison. 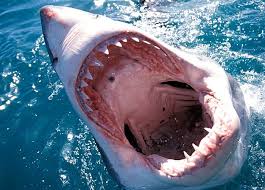 The fellas interrupted my mad tale so that Doug could present me with a brown tee shirt he had made up for me. It had a nice coffee logo with Coffee Nation written boldly in a circle. On the front chest where pockets usually go was a smaller version with Supreme Leader underneath. I was touched, but wait, there’s more. Doug folded the front of the shirt up like a belly reveal shirt and upside down in white letters it read, “You need to GROWASET”. It was utterly perfect precision dawdling.

One thought on “376. Precision Dawdling”