We all know someone who revels in victimhood, who burrows into their miseries like a tick on an old mangy dog, and won’t let go, sucking their toxic sustenance from the sick host. If you try to create some daylight between the host and the parasitic sucker, the career victim says, “Yes but my childhood, my schooling, my family, my lousy birthdate, my skin, my height, my hemorrhoids, etc.” It’s hard to spend time with these folks because after a while you realize that they are sucking whatever optimism you came with right out of you. They deflate the bouncy beach ball of joy into a flat inner tube of despair. The longer you are around them, the more your mind wanders toward making nooses out of inner tubes. Being compassionate, however, you decide to make two. You would not want to inflict this pesty pessimist on any other human being after you hang only yourself. Any optimism on your part is met by the Elite Red Guard of Defeatism and utterly destroyed. After all is said and done, Dark likes it dark.

Learned helplessness is behavior typical of an organism (human or animal) that has endured repeated painful or otherwise aversive stimuli which it was unable to escape or avoid. After such experience, the organism often fails to learn escape or avoidance in new situations where such behavior would be effective. In other words, the organism seems to have learned that it is helpless in aversive situations, that it has lost control, and so it gives up trying. Such an organism is said to have acquired learned helplessness. (Wikipedia, support them, blog dogs! I do.) No successful outcomes can be imagined in the dark land of stinking thinking. 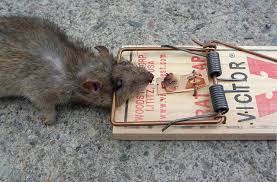 A buddy of mine from way back in the day was a functional depressive. He expected to be crapped on in life and just rolled with and in it, never pushing back. His wife dominated him totally. His kids played him like a fiddle. His dog peed on his refrigerator grille just because he knew no consequences were coming. I remember once talking with him about seeking treatment for his depression. He explained,

“Oh, I’ve thought about it, sure. But, see, as bad as my life is, I figure it would take several years of therapy and medication to get better, and by then I’ll be in my early sixties. I don’t expect to live past 70, so I’ll just about be dead by the time I figure out my miserable life. So why bother? I keep a calendar in the basement. Every night I write ‘Life sucks’ in that square, cuz every day life sucks. Month after month after month, life sucks. Then you die. The only question is this: how many more ‘Life Sucks’ boxes between here and ‘Then You Die’?”

I had to agree with him. The matrix he had constructed to insulate himself in misery was a concretized reinforced bunker of resistance. He had grown comfortable in his cell of despair, carpeted it and had cable installed. Why move now? Just have burned pizza delivered to Apartment B, 333 Hell Avenue, Tartarus, until you owned the deed.

I know of an experiment where fatigued swimming rats were rescued just as they were about to drown. When placed in the same cruel water tank again, these rats swam longer than control rats, suggesting “learned optimism”, the reverse of learned helplessness. Apparently, some lab rats want to live more than others.

And if a rat catches a break, it will try harder next time.

Learned optimism was defined by Martin Seligman and published in his 1990 book, Learned Optimism. The benefits of an optimistic outlook are many: Optimists are higher achievers and have better overall health. Pessimism, on the other hand, is much more common; pessimists are more likely to give up in the face of adversity or to suffer from depression. Seligman invites pessimists to learn to be optimists by thinking about their reactions to adversity in a new way. The resulting optimism—one that grew from pessimism—is a learned optimism. The optimist’s outlook on failure can thus be summarized as “What happened was an unlucky situation (not personal), and really just a setback (not permanent) for this one, of many, goals (not pervasive)”. (Wikipedia, again.) That’s a long, marshmallow crème sort of prescription. Steve with a V  from Coffee Nation would summarize it succinctly into this:  “Growaset!” I would set up business somewhere between Steve and Martin Seligman.

Falling in love with your excuses is just as weird as dressing up rats and squirrels that will one day chew through your electric wires or your face.  “Aren’t they cute? tick, tick, tick. Look at them in their little Santa suits. Oh, they’re climbing up the Christmas tree. No! Don’t chew the lights!!! Zap. Doggonit!! I paid good money for those Santa suits.”

See? I am a chronic loser. I can’t even control pet squirrels.

There is an oddly positive takeaway from chronic depressives, however, that is  similar to being released from a cramped sauna where you have been smashed up with eight sweating sumo wrestlers for an hour. When you hit that clean, cool, dry air outside the cabin, man it feels better! You feel free and light and dry and safe and less awkwardly naked. Yeah, you can’t really reason with over weighted emotions. Like the sumo wrestlers in the sauna, they will just crush you. 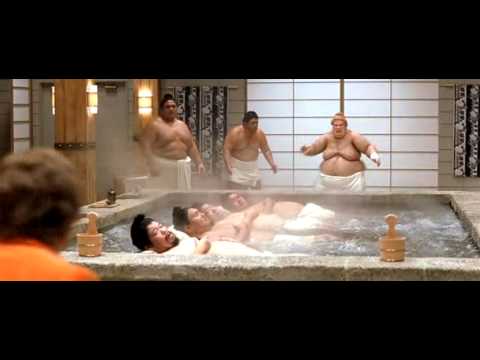 So here’s a note to self: never sauna with eight sumo wrestlers at one time, or with one depressive.

Oh, the self anointed Realists will tell you that your optimism is silly, naïve, and irresponsible. Better to be prepared for the worst than surprised by it. But the sun never shines on their side of the street. It’s always dark in that mindset because that is the original premise. At best they swim with half inflated life preservers… you know, cuz reality is hard and you have to swim or sink on your own efforts. So why did God give us positive emotions if  we aren’t supposed to expect good things in life or celebrate when something like victory occurs? Again, my depressed buddy’s philosophy– “I think God will punish me if I have a good day. He’ll give me a bad one to keep the score even. So I just hope for mediocre.”

And not surprisingly he hits the target every time.