A thousand topics flitter across my brain like bats and barn swallows at sunset. Zippity dooo daah day. That’s how it feels. One will eventually rest on a branch of my mammalian brain, causing a little bounce action I may attend to. Darn work and life get in the way, however, and off flies the batty swallow idea, never to be seen, heard or felt again. I am left with a tinge of frustration, like the early winter night an owl settled in the hickory tree at the end of our lot. I stood quietly on the upper deck, watching the branch bounce beneath his downy weight. I was breathlessly quiet, hoping to spend some time in communion with this creature when my youngest daughter screeched for me on the other side of the sliding door. Whooosh! Away Mr. Owl flew, a big fat missed opportunity. Dang it!! 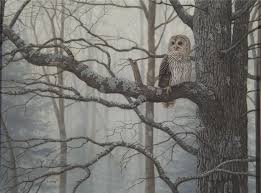 Now I’m not claiming that some bird is more precious than my precious daughter. If the situation were reversed and I had an owl in my house and my daughter bouncing on a hickory branch, I’d be just as upset when he screeched and she flew. Fair is fair. What I am saying is that opportunities do knock, and sometimes no one is home. Sometimes, through no one’s fault, you just can’t respond, and something like a tragic spasm rips across your abdomen. Yeah, most of us walk around with invisible machete slashes near our navels. “Senor Zoro was here.” At some point we have all been emotionally eviscerated… and can never forget the cold  blade plunging through the rib cage.  You fill in the blank, my friend. Betrayal, grief, shock, horror, disgust, or Donald Trump. 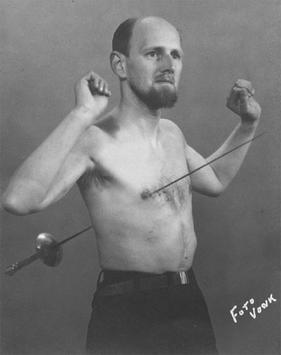 These things are inevitable if you live long enough. Disappointment and hurt, anger and bitterness can settle in our bones like arthritis, occasionally flaring bursts of pain into our calcified disjointed days… if we let them.

What is far more rare are the twin doves of mercy and grace. I was recently given a HUGE shipment of both from my long suffering wife. Let me just say here, I am not easy to live with. I am snippy and snooty and impatient and hemorrhoidal at times. And unlike the written word, you can’t edit out unartful snarkiness and selfish impatience.

Once you ring that rusty iron bell of “me first justice”, you can’t unring it. There is no memory eraser thumb drive that sucks out the stupid, rude bloviations that come out of my mouth. I’d love to get one with a historical rewind feature, but they don’t exist. So we have the hardened crud of negative interactions dried onto the memory plate, burned on the sacred skillet of marriage. Can I get an amen? Or am I the only husband in America who frustrates the woman he loves to the point where she wants to kill him with a ball bat but pulls back due to the holidays and family feelings and the fact that she just bought me Christmas presents?  Maybe in the new year, once things are settled down, she can kill me without so many complications, while the local police are at domestic violence conventions in Florida. 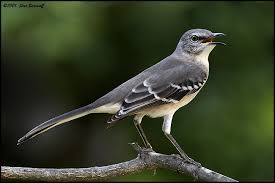 You see, I am a part time (okay, full time) mockingbird. Annoying, and yet sometimes welcome. For instance…

… the title and central metaphor of the novel To Kill a Mockingbird, by Harper Lee. In that novel, mockingbirds are portrayed as innocent and generous, and two of the major characters, Atticus Finch and Miss Maudie, say it is a sin to kill a mockingbird because “they don’t do one thing for us but make music for us to enjoy. They don’t eat up people’s gardens, don’t nest in corncribs, they don’t do one thing but sing their hearts out for us”.

Well, they can still be quite annoying. Just ask a cat on a still summer day as a mockingbird swoops and squawks at it relentlessly.  I confess, I have swooped and squawked at many a cat, wife and kid around my house. It’s not right but it is true that we show our worst, our crowiest selfus 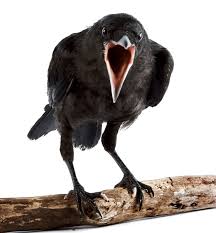 to those closest to us.

I don’t know what mockingbirds eat, but I do know what forgiveness tastes and feels like– it is the finest honey anyone ever poured out and the purest balm on an open wound.  Makes me feel like a hummingbird amid an oasis of divine nectar. Unearned joy erupts in my heart’s furious flutters– it’s a recovered onside kick with 18 seconds on the clock and victory is suddenly possible again after hope was dashed on cruel rocks. (Yes, the Packers game is on behind me; however, I am vigilantly on task against mixed metaphorical language.) 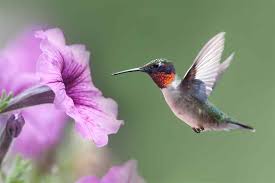 So let me go with the big message here. You can’t unring the rusty bell of justice, Blog sparrows, true. Our world is broken and sinful, and I am good at both brokenness and sin. Maybe you are too. That morbid iron bell rings out our trespasses and failures, calling us to the shackles of the past. The only antidote I know is the crystal bell of mercy that says it’s all behind us now. This bell calls us to a banquet of mercy and grace, milk and honey, love and faith. Long ago birds were seen as messengers between mortals and God, since they traversed the heavens but nested on earth.  Well, maybe they still are. Even mockingbirds.