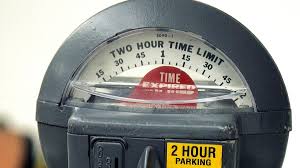 So back on Pine Street I had on-street parking in front of my run down building, and I parked the old Ford Falcon there 95% of the time. However, one morning as I was coming home from work, some punk college commuter had wedged his/her little weasel vehicle into my semi-designated parking space, forcing me to park down the block  on a meter near Bruce’s up and coming restaurant. I was torqued off as a ghetto dweller could be. When you don’t have much and someone takes the little crumbs you do have, well, dang it, you need to hit something. I hit that meter with my empty hand as I pulled it out of my empty pocket. Not even a slim dime for the meter could I find. I stomped off indignantly and humiliated that I didn’t even have a dime. It’s much cooler to act angrily undignified, however, than to fall to your knees in front of a blank faced parking meter, crying “Why? Why?”

The next time I looked at my car, there was a $3.00 parking ticket under the wiper. Ahhhhh!!! Now I was bolt bustin’ mad!  I tore up the ticket and said to no one, “I’ll never pay this stupid ticket. I’m the victim here. The punk stole my spot and I get the ticket?  Ahhhhh!!! This is America. I am going full Liam Neeson, and I will find you and keel you, punk!!” It was a very dramatic though pathetic solo performance on the uneven brick sidewalk with crabgrass growing out of the joints. (I was nominated later for Best Public Jerk Wad Tornado Hissy Fit by a male at the prison talent show.)

Some time elapsed as I pouted in my wet emotional diaper, chafing at the cruelty and injustice of this world. A formal letter came from the City of Richmond, telling me that my $0.10 meter fee which had turned into a $3.00 ticket was now being billed at $25.00 plus court costs. I could appear in court at such and such a time on such and such a date if I wished to contest it, or I could simply concede and pay the $25.00.  I was rebar bending, steel girder grinding mad. I was going bankrupt over a stupid parking violation. I didn’t have $25.00 to pay the incentivized ticket, so I resolved to go to court and contest the whole thing. 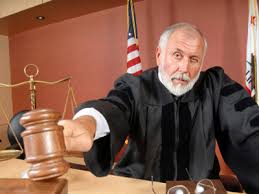 About a week later I showed up in District Court and tried to educate the cranky old judge before me. He simply said, “Pay the ticket. There is nothing else to do. Add the court costs. Next.” I was numb and in shock. I was up to $77.50 in unpayable fines. If this had been a stock instead of a debt, I’d be rolling in the dough. I’d have run around town collecting these magic tickets to wealth. But it wasn’t and I wasn’t, because ‘FuzzyWuzzy wasn’t very fuzzy, was he?’ I hung my head down and shuffled to the cashier’s window. I told the guy there that I didn’t have any money and was unsure of what else I could do. 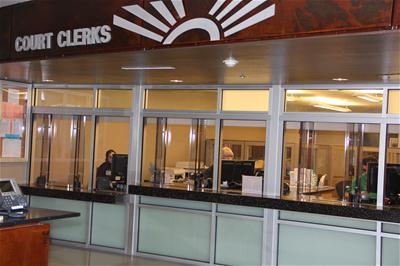 He told me, “Well, you can appeal it, basically roll the dice. If you win, no cost. If you lose, it’s double.”

The clerk filled out a form and I signed it, affirming I’d appear in a week to appeal my conviction to another judge.

A week later I realized while I was reading a textbook on Renaissance Art or Greek Philosophy that I was late for my appeal. I quickly tried to make myself look respectable. An impossible task on any day. I knew at least I should dress for jail. I chose tight and durable material that would send the right signals to hardened criminals when they asked me why I was in the slammer. 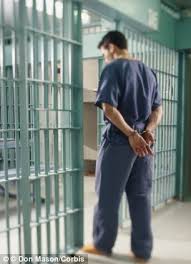 “That’s funny. You ought to try for the annual talent show. That’s some prime material there.”

I imagined my prison street cred would be solid from that point forward.]

I hopped on my bike and coasted to the court, unable to afford another parking violation, I was being ultra-cautious. I walked around naively hoping my legal fairy godmother would show up and cut me loose. I went from one official court person to another trying to find which courtroom my fate had been decided in. I also wondered about my bike being locked up to a utility pole for two months. Not likely to be there when I got out of the Big House.

Finally I was directed to Courtroom 3 where a trial was in process for a rape/attempted murder case. I was blown away that I was even allowed to spectate. It was pretty tough stuff going down in there. I knew something was off, but I was not going to get right back up and risk alienating, i.e., pissing off another judge. So I sat respectfully till there was a lull in the action. I quietly tip toed out of the courtroom and sought clarification from another clerk.

“I was late due to a near death experience…”

“What does that mean?” I asked, expecting that it meant I was going to be thrown out to the human wolves in the penitentiary.

“Kid, it’s done. You lucked out. How your parking ticket crap ended up on appeal ahead of a major felony is like fairy godmother stuff. Now get out of here, you lucky bastard!”

I was stunned by this mis-miscarriage of justice. I was released into society almost unscarred and maybe unrehabilitated. Suddenly my clothes felt too tight as I remembered I could breathe freely again. I wanted to break out in a victory dance right there, but I reconsidered I could be arrested for lewd and lascivious booty dancing in a government building. I wanted to be humbled by this stroke of luck, but I also wanted to get that parking spot punk thief and jack him up like Liam would…. “Don’t ever believe that this is over, Bucko.”

Then again, maybe I should just swallow the humble pill. They only cost a dime.