Coincidence is what non believers call unexplainable phenomena in their lives, stuff that seems to have been orchestrated by an intelligent higher being that they don’t believe in, so they say, “Wow, what a coincidence!” Instead of “That’s miraculous!”  Coincidence works in the secular scientific materialistic explanation of the world and human behaviors. Here’s an example:  If a blind, lame Great Dane fell off a plane over Kentucky in May during the Derby race and happened to survive the landing and then ran ahead of the million dollar horses to win the race… “Well, what a coincidence!” just wouldn’t reflect the reality witnessed. I’m sorry; it leaves something to be desired. If a team of insurance company actuaries figured the odds and then had their math checked by MIT mathematicians and Google gurus, what would the odds of success be? 1 in 1,000,000,0000,000,000,000. Essentially zero. And yet these folks would scoff at the idea of a higher power being involved. Absurd, either way you look at it.

Serendipity, on the other hand, more accurately reflects the reality than coincidence does.

1. noun.  an aptitude for making desirable discoveries by accident. It suggests that someone could have an aptitude, a predisposition for experiencing very cool occurrences. That’s better but not quite the right size nut for this metaphorical bolt. Too loose… won’t hold under pressure. Dictionary.com tells me that the origin of this word is from a fairy tale called The Three Princes of Serendip. Fairy tales often incorporate magic and inexplicable super powers. However, I’m not comfortable hanging my beliefs on a magic spell or a secret super power any more than I’d want to hang my health on a pharmaceutical cocktail from the apothecary.
A miracle, on the third hand, is an event not explicable by natural or scientific laws. Such an event may be attributed to a supernatural being (God or gods), a miracle worker, a saint or a religious leader. Theologians say that, with divine providence, gods regularly work through created nature yet are free to work without, above, or against it as well. Okay, now the blind, lame Great Dane can win the Kentucky Derby not on his own power but through the power of God.
In Yoro, Honduras they have a parade each year to celebrate the Miracle of the Raining Fish that supposedly occurred a long time ago to end a famine in this desolate mountain town. You probably think I’m making this up, and I don’t blame you. However, if you trust Wikipedia, here’s a note on the subject:

Spanish priest Father José Manuel Subirana was a figure in the history of Christianity in Honduras. He arrived in Honduras in 1855 and worked here until his death in 1864. Today the name of Father Subirana is linked with the legend of Yoro fish rain “lluvia de peces”. The legend tells the following: “Father Subirana saw how poor are the people in Honduras and prayed 3 days and 3 nights asking God for a miracle to help the poor people and to provide them food. After these three days and nights God took note of this and there came a dark cloud. Lots of tasty fish rained from the sky, feeding all the people. Since then this wonder is repeated every year.”
Every once in a while freaky things do occur in life, defying all odds and expectations. Only ignorant folks brush them off. Here is one from the memory banks for you that lands between coincidence and miracle… and it is true.
In 1982 I taught 10th grade remedial English at the local high school. Among the repeaters were two Korean kids, Jae Taik and his sister Min Jeung. Min had “failed” English because she struggled with basic English and needed a tutor. Instead she was given Watership Down and told to read and report on it. Jae Taik, on the fourth hand, had just finished 8th grade. I was confused about his presence. I asked  him why he was in my remedial English class. He said, “I want to learn.”  I was suspicious. The next day I pulled him aside and told him I knew why he was there. “You are your sister’s insurance policy, her ringer to pass. Right?”
Avoiding eye contact he told me, “Sir, I want to learn.”
I replied, “Hey, you aced the pretest, so you already know this grammar material. There is nothing else in this course. So let’s make a deal:  I guarantee you that Min Jeung will pass summer school. What would you like to learn?” 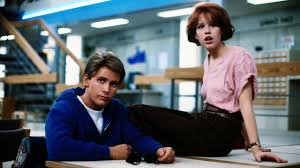 Sheepishly he told me he liked astronomy and Star Wars. I thought a moment and suggested that we read the Greek myths, which actually have connections to astronomy and the quest theme of Star Wars. He accepted. Min Jeung passed summer school. Jae Taik and I became close and spent some additional time with my family. The next fall he tried to play football. He was a decent place kicker but was told a senior was going to do the kicking even though Jae Taik was better. “Which Korea are you from, Kid?” he was asked. It was one of many shames for this lonely young man on the outside looking in.  His family moved to Los Angeles a year later. I heard from him once or twice a year with beautiful Korean cards. I was not and never did get used to being treated with such respect.
**** Harp music plays in the background***** In 1993 I had a student teacher, a tall Mexican/Indian American named David Vega. He was a very polished guy despite growing up in the tougher part of Los Angeles and attending L.A. High. He told me about playing guitar and basketball in high school. He mentioned his friend J.T., who I assumed was a Black guy from his ‘hood.  Never once did it occur to me that he was even the same age as Jae Taik, let alone that they could have possibly run into one another, or, on the fifth hand, been a close friend with him during high school. 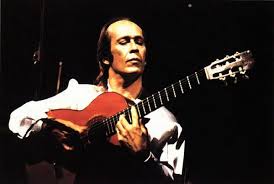 As fate, coincidence, serendipity or God would have it, I picked up Jae Taik one weekend in 1998 or so when he was in D.C. for a visit. I was listening to flamenco guitar on the c.d. player. He mentioned that he liked it too, and that his old friend David Vega played flamenco guitar.  I said, “How about that. My student teacher’s name was David Vega and he played flamenco guitar… but it’s impossible that you could know him.”
“Six five, green eyes, black hair?”
“Yeah, but it’s not even imaginable that in a country with 300 million people…”
Well, it was. The next evening David and J.T. and I walked together down my street after dinner feeling very euphoric and magical, or should I say blessed? But it was merely a coincidence, the odd intersection of fate with serendipity… or maybe a small miracle.