How many times have you heard a tale of woe and misery begin with an introduction like that? “It seemed like a good idea at the time…. and then everyone died.” In earlier posts I detailed many impulsive adolescent excursions– climbing on the roof of a furniture store to watch the x rated drive-in movie next door; the mid- night ride of Raul Severe; the mid-night ride to Ocean City; the mid-night ride to pitch a tent in the dark and wake up foodless and foolish; the mid-night ride to hit a deer on the Dulles Access Road. (Note the “mid-night ride” theme being developed here.) Yes, all these adventures and many more began innocently enough. Many times after partying late into the night with friends at my apartment in Richmond, Virginia I got the brilliant mid-night idea to hitchhike to Williamsburg and visit my friends Mark, Bob, Gerard, and Dan and their friends, uninvited and totally unexpected. Hey, no one had a personal phone back then. Sure, it’s all fun and games until someone lost an eye or their lease or their relationship with a neighbor. But it was always fun rolling down the 60 miles of Route 60 that separated our worlds.

Now you may not know that folks truly do lose eyes, especially unsupervised boys. It’s not just a line that your parents yelled at you, “You’re gonna put an eye out!!”  No, in an exhaustive 4 minute search of four internet sites on ocular trauma I found no supporting evidence for my following assertion– Boys are eleven times more likely to damage an eye than are girls of the same age. I refer instead to my own anecdotal records to support my assertion. In my neighborhood two boys lost one eye each due to play activities.  Unbelievably, they lived nearly across the street from each other on The Parkway, a nice name for a through street in a cookie cutter housing tract built in the 1950’s and ’60’s outside of Alexandria, Virginia. Virginia Hills was the name for the cookie dough housing development pressed there by a disembodied Divine thumb. The sameness of the sameness was both comforting and numbing, depending on your level of consciousness or coma. I’ll always recall sticking my thumb up at the foot of The Parkway in 1978 to begin my journey to Los Angeles. The Divine thumb was upon me then. But back to the boys.

First there was Lee. He and a bunch of us were playing with toy cap guns and sticks and plastic weapons. It would have been in the mid 1960’s. We were shooting at one another across the Scholls’ half completed rec room. Then Barry brought a real bow and arrow to the plastic gun fight. Incredibly he launched one steel tipped arrow over the crest of the roof just as Lee looked up. The cold steel Arrow met and destroyed the warm soft Eye.  Lee was lucky to live. Somewhere in my memory I see his dad carrying a limp Lee up the street like Atticus Finch carried Jem in To Kill a Mockingbird. (Which is a confabulation because it was Boo Radley who carried Jem home.)  That one unretrievable moment defined Lee and Barry forever. It was truly tragic.

Like cancer and sex, drug use and domestic violence, pedophilia and adultery, this story took on taboo qualities. Everyone knew the story and the fall out that followed, but no one ever talked about it, as I  recall. Barry lived in the shadows, though, like Boo, unable to unshoot the arrow or turn back time. 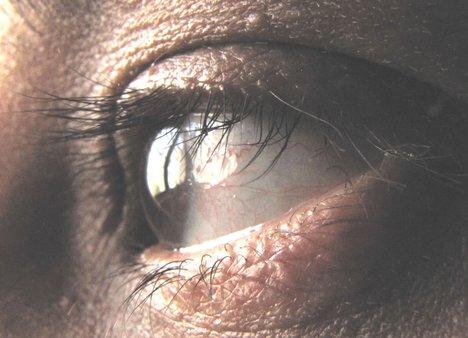 Years later the other Eye boy Steve was riding around in a Jeep with his buddies. They were old enough to drive that summer. The good idea at the time was to throw cherry bomb explosives out of the Jeep’s back window where Steve was riding. Problem was that he threw one which bounced off the car door frame and it then exploded right in front of his face, burning his soft warm unprotected eye to a fried egg state. In one stupid second Steve’s life changed forever. His promising baseball career ended that day as his nascent anxiety grew tenfold. I can only imagine what that sort of self inflicted disability does to one’s self esteem.

In both cases you just shake your head and ask “WHY?” Maybe mumble something about “such a waste!” Yet, 40 and 50 years later there is some evidence that these guys persevered and made good lives with only one good eye. I suspect they grew cautious over time and a bit more prudent about their health and their kids’  health. Still not something talked about… “Hey, how’s the EYE?” And why should it define someone’s life. Do you ask your neighbor, “How’s the DUI?”  “Oh, good, good. How’s that assault charge comin’ along, Bob?” There is the old saying that goes, “In the land of the blind, the one-eyed man is king.” Not that Lee and Steve became kings, but maybe royals. Both graduated college.

Grieving your own mortality at a young age is not entirely a bad thing. I’d bet that neither of these one-eyed royals had a mid life crisis because they had dealt with death and disintegration as kids. Heck, Lee was a very good baseball player despite the missing eye. Think about that for a while, blogtators. It’s hard enough to track a curveball coming at your face with binocular vision. Now cover one eye and try to hit it or avoid it. Pretty amazing if you ask me. More amazing was that Lee had a sneaky good pick off move to first base, faking a look with his left eye and peeking over his right shoulder with his good eye. See, the kids on the other team didn’t know his left eye was glass.

So tragedy depends on when you look at something, I suppose. St. Paul said it this way,

For now we see through a glass, darkly; but then face to face: now I know in part; but then shall I know even as also I am known.  And now stays faith, hope, charity, these three; but the greatest of these is charity. (1 Corinthians 13: 12-13)

When all the kids are called home to heaven by their heavenly Father, I hope we will see clearly and purely. Perhaps what was begun as a good  idea will eventually end innocently enough.