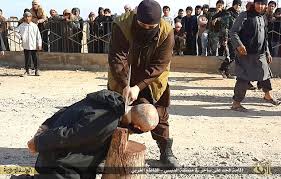 I can’t make sense of the Isis zealots or any other zealot group that kills  human beings due to a difference in ideology. There is an old cynical saying that goes like this: “People usually have a real good reason for what they do; and then there’s the real reason.” Isis claims to be crusading to create a new Caliphate in the land of Syria and Iraq by destroying every inch of the land they roll over; kidnapping, ransoming and beheading foreigners; raping and torturing young girls; murdering those who won’t align with their evil; throwing homosexuals off public buildings; destroying priceless, irreplaceable artifacts; selling stolen oil on the black market; and so, so much more. All in the name of Allah and Mohammed his only Prophet. That Alla Akbar mantra is the supposed good reason for their catastrophic actions. The real reason, however, seems to be a power grab and a money grab. Ransoming western foreigners pays well, apparently. Taking sex and taking life seem to be a big turn on for these desert weasels. I wonder what exactly they will have “created” once the smoke clears. Temporary riches for those with the biggest weapons? Maybe a political post in Iraq or Syria after some negotiations and further lies? A reality t.v. show? Rebellions and coups seem to earn big dividends for some rebels, and not just in the Middle East. In their wake these sand bandits have destroyed the land, the economy, culture, art, education, government, and any hope of their return. 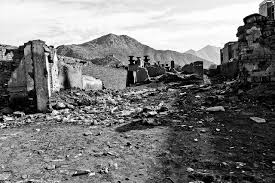 Like their idiot cousins the Taliban in Afghanistan, these folks face backward in time to some imaginary pure era when their ancestors were in ascendancy. They can’t seem to get their Neanderthal  brains around the concept of history moving on, or of society changing. Isis is all about what you can’t do… cult think. Can’t think. Can’t disagree. Can’t live in peace. And what you gotta do.   Gotta convert or die. Gotta kill or be killed. Gotta pose for cult videos. Life is so cheap where these extremists mingle. Their end goal of an Islamic Caliphate will be a radioactive crater devoid of human life, I think. Their Caliphate will be absolutely black and white and unpeopled like the surface of the moon. Only the shadow of death will remain in its ashes.

A caliphate is a form of Islamic government led by a caliph —a person considered a political and religious successor to the prophet Muhammad and a leader of the entire Muslim community. The Rashidun caliphs, who directly succeeded Muhammad as leaders of the Muslim community, were chosen through shura, a process of community consultation which some consider an early form of Islamic democracy. During the history of Islam after the Rashidun period, many Muslim states, almost all of them hereditary monarchies, have claimed to be caliphates. 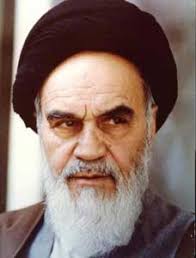 Hi, I was the Ascerbic Ayatolla Khomeni of Iran, not Sean Connery in a funny hat.

On the other hand I wonder what has unleashed these sand bandits. It’s ironic that when there were gigantic tyrants running things, Gaddafi/Lybia, Saddam Hussein/Iraq, Mubarek/Egypt, Assad/Syria, things were a little more predictable. There was a bad order in place, but at the least it was a form of order. They were like the late monarchs of Europe who did not go gently into the good night. Now it’s unbridled chaos. Ironic that chaos followed the outbreak of “democracy fever” during the Arab spring that began in 2010. Even more ironic that the U.S. attempted to transfuse the ideals of American democracy into septic Arab veins. The Result?  Absolute chaos, murder, and mayhem and a march toward genocide.

By January 2015, rulers had been forced from power in Tunisia,  Egypt (twice), Libya, and Yemen (twice); civil uprisings had erupted in Bahrain and Syria; major protests had broken out in Algeria, Iraq,  Jordan, Kuwait,  Morocco, Israel and Sudan; and minor protests had occurred in Mauritania, Oman,  Saudi Arabia, Djibouti, Western Sahara, and Palestine. Weapons and Tuareg fighters returning from the Libyan Civil War stoked a simmering conflict in Mali which has been described as “fallout” from the Arab Spring in North Africa.  [Wikipedia]

Let’s begin with Moamar the Arrogant. For 40 years he ran Libya as his little fiefdom of terror.That’s a whole lotta shakin goin on.

He and his fellow clowns were despicable despots. They even looked evil. How is it possible that tyrants seem to look alike? So smug and arrogant.

I am Saddam unbowed/ Iraq. 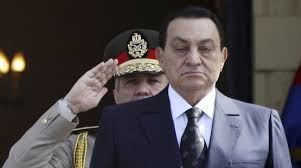 I am Mubarak the somnambulant/ Egypt 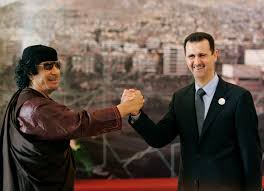 We are Two tyrants for the price of one.
In the power vacuum left behind these toppled dictatorships, bands of thugs seized the opportunity to claim power and authority with their weapons blazing. You know Revolution swept across Western Europe in 1848. Back then it was led by the new middle class and peasants against monarchy, the dictator/tyrants of that time.  Lots of folks died, but democratic reforms were birthed. Something new was created amid the slaughter. Those revolutionaries were not trying to go backward in time to harsher monolithic life. They sought all sorts of freedoms that the West eventually came to enjoy, but the West simultaneously developed industry, education, and technological advances.
The Al Qaeda/ Isis/ Taliban posses don’t seem interested in any of these things unless they go “BOOM!!”. I don’t mean the boom of mining or excavating a water project.  Their Booms lead to annihilation. Their end game?  To stop the beating heart of humanity and not restart it. When zealots rule, there is no reason involved nor can they rule for long. Only bloodbaths of emotion are permitted… because tyrants , after they kill off God, always eat their young.