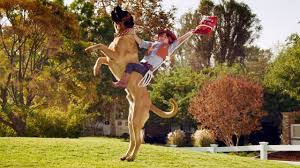 My buddy Dave and I met in Honduras on a mission trip 12 years ago. We clicked. He never had a brother and I had one too many. When we got back home, my family socialized regularly with him and Vickie and his son from his first marriage, Eric. Eric was very special. He was short and skinny but he had a big personality. He liked monster trucks and cowboy boots, cowboy hats, big belt buckles, and country music. His self given nickname was “Sexy Cowboy”. And he obviously had an innocent yearning thing for my youngest daughter Jessica.

Dave and Vickie were exceptionally gracious with us. They invited us to their family functions and on vacations as well. They came along on a Bahamas cruise with us a few years back.  We got to know Dave’s dad Don before he died, and his mother Evie, for many years before she died. Evie was a trip all by herself. Always in a hurry and easily bored. She took trips often and would bolt out of parties as soon as she grew bored. She died last year after failing to turn her car off when she parked it in her home’s garage. Awful, true, but that’s how Evie rolled. Over curbs and up off ramps on the interstate. She was uncontainable. 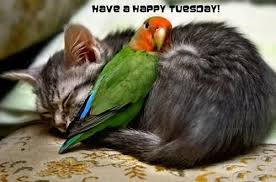 But Eric was the mascot, the buddy. He loved dogs and would write us innocent emails asking how we were and how our dog Johnnie was. On visits to the local winery he would dance by himself or with a gaggle of women. He’d duck his head in an avian circle when he talked. He often laughed out loud like a happy bird. Sometimes he just made happy noises and sang to himself. You could not help but like him and feel safe around Eric. He had no guile as he snuggled into your armpit or hugged with his little hands and arms.

His health was fragile over the last years of his life. He had trouble with losing his hair and problems with his skin. His step mother Vickie was a nurse who cared for him diligently. Dave and Vick took him to dinner every Friday night at the local Mexican restaurant, Montezuma’s. He was the focal point of attention there. On Saturday mornings they would go for breakfast at another local greasy spoon. The waitresses loved Eric and flirted back and forth with him.

He wore Harry Potter glasses on his spunky nose. He never stuck that nose into anyone else’s business. He was just innocent, sweet, and loving.

A couple of years ago he began losing weight. At first it seemed connected with mood or choice. However, after a while it became clear that something serious was wrong with his intestines. Lyme’s was looked at along with many other illnesses. He became lethargic and seemed depressed. Eventually Crohn’s Disease was diagnosed. Eric weighed about 80 pounds and looked like an Auschwitz survivor. Thankfully, though, he began to put on weight with  his new medications. He was soon up to 100 pounds and his old, singing happy self. His “guns” were back and he’d proudly show off his biceps while laughing at the attention.

Last week we heard that he was in the local hospital due to a loss of blood pressure. We assumed he’d be transferred to a larger hospital and things would  be taken care of. What no one knew is that he had suffered a heart attack and kidney failure at 27 years of age. His blood pressure was so low and he was dehydrated. Yet his body could not process the fluids that were pumped into him to save his life. He was attached to just about every medical device you can imagine– intubated, restrained, sedated,  catheterized, and weighted down. His body swelled with unpassed fluids.

On the way to see him Saturday morning, a large black and gray hearse pulled out in front of us like a bad omen. At the CCU we weren’t really ready for the matrix of tubes and pumps and electronics that he was the center of. Sweet, simple Eric crisscrossed with wires and tubes and hoses. My heart sank into my shoes and all I could do was try not to walk on it as it beat out tears into a puddle on the tile floor. I wept and continue to weep for Dave and Vickie and Eric’s other loved ones. He, no doubt, is smiling and singing in heaven with his grandparents. He and Evie were thick as thieves on this side. I’m not sure how it works in heaven. On  the way home that same stinking hearse pulled out again at the same intersection. We noted it as an eerie coincidence and nothing more.

I think my wife suggested that  Jess sing for Eric since he was her biggest fan when he was conscious. We did not know it would be his last song. Later that day I recalled that Jess had fought for life in this same hospital 24 years ago as my wife and I heard a song on the radio that fileted our aching hearts when she was just born. It was Garth Brooks’ Unanswered Prayers. I don’t know why I remember such things. I guess I store them in similar places in my brain.

Jess scanned her inventory of songs on her phone and  came up with Laura’s Song. I’d heard it a thousand times on the local Christian radio. Till that moment it was just another song out of context. Only Jess was composed as the lyrics spilled over Eric like a sacred benediction.

What if my greatest disappointments or the aching of this life
Is the revealing of a greater thirst this world can’t satisfy
What if trials of this life
The rain, the storms, the hardest nights
Are your mercies in disguise

Some moments freeze due to trauma and some due to ecstasy. That moment was a bit of each. Eric died later that day around 6 p.m. The Sexy Cowboy had left the building. He was loved. 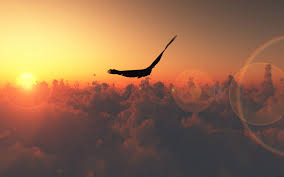