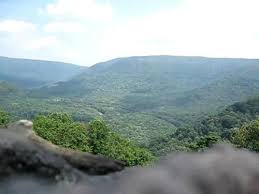 Though I’ve never been to Needmore, Pennsylvania, I can imagine freely what it’s like at Christmas. For the past few years I’ve pondered what life is like there in general, ever since sweet Andrea began managing my coffee shop. She’s from Needmore and proud of it, dontcha know? Or at least  a little puffy and oversensitive in her defensiveness. Sort of like Canadians are proud of their often overlooked  country, eh? And even though those Canadians sheltered six American Embassy workers during 1978 in Teheran, I have no such implied debt to the Needmore Embassy and Consulate, which is located in the dry goods section at the back of Crouse’s General Store. On the other hand, am I risking a hostage taking incident by lampooning Needmorons? Hum. Ho. What to do? Go for it. It’s an hour’s drive from my computer, and I doubt they have trained hostage takers or assassins. However, we underestimated the cunning of those Iranian militant “students” back in the Carter era, didn’t we? If I don’t post in another week or two, look for my lifeless body in Needmore. 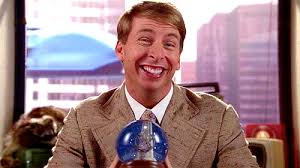 There was that episode of 30 Rock that used a fictionalized Needmore as the hiding place for Tracy Morgan’s character. But anyone even remotely familiar with the REAL Needmore knew that buses don’t come through town, nor is there a town square where cars park. Simply put:  There is no there there. (If you are not a native American English speaker, you won’t be able to make sense of the previous sentence.) So with such an inglorious introduction, let’s visit Needmore at Christmas. And remember, Tracy got hit by a bus after crossing the line of decency with Needmore, so step carefully my friends.

Oh, how contrived! Here is Betty Bigelow, the unofficial ambassador of Needmore and Bingo Director of the Fire Hall on 522. She graduated third in her class. She’ll be sure to tell you. I’ll let her do the tour from here on.

“Off of Pigeon Cove Drive lives Toothless Tommy Conklin, the town idiot who leads the tristate spitting tours in the good weather. We call it ‘The Great Expectorations Swinery Tour’. It’s huge what that single event does for our economy.  Now that the cold has settled in, he hangs around between 522 and the Seventh Day Adventist Church. He dips minnows out of Barnetts Run and sells them to eager fishermen in the summer and sometimes to the pizza shop in McConnellsburg as ‘mountain anchovies’. We all know what they are, but city folk can be so naïve. Between Thanksgiving and Christmas he cuts down unguarded pine and hemlock trees and sells them to the few lost tourists who come up from Route 70. Two years ago he got caught red handed cutting down Edna Parson’s white pine tree, a nice seven footer, with a hacksaw at midnite. Edna, who sits on the Board of the Baptist congregation of twice saved once shy evangelical disciples, gave him a thorough tongue lashing and told him to make it right before God and his fellow Needmorons. Well, Tommy came back with a roll of duct tape and used half a roll firming up the trunk of that poor tree. And Edna, being a good Christian woman, told Tommy thanks for repenting and making amends. The doggone tree blew down with the first strong wind through the hollow. Though with all that tape around it, the tree looked like it was on a hinge. Folks drove by real slow afterwards to take videos and still photos of the hinged tree on Edna’s lawn. It was something to behold. Not a single light on it either, but it amazed locals and foreigners equally. Wound up on page 3 of the Fulton County Investigator too, with a full picture and caption under it. Said, ‘Needmore Tannenbaum comes unhinged.’ I got a copy in my scrapbook under my mattress.

“Now with a population of only 170 souls, Needmore can’t afford a parade or a fancy manger scene on the square… also, there’s no square or triangle. We are asymmetrical people. Not even a traffic light for a sprig of mistletoe or holly. But hold on!  Don’t be too quick to judge. The Needmore Baptist Church puts out a crèche that defies words. See, Bob Witherspoon puts up a shanty with an electric bulb in the roof. He borrows a few bales of Leonard Smitten’s straw and lays out a ceramic Baby Jesus in a Longaberger picnic basket that’s got to be worth near $100. No one would think of stealing it except for Tommy. Nobody could prove it, but the rumor is that Tommy stole and sold off the third ceramic wise man, the one with the broken off right hand. So, until the recovery and reunion, we’re down to just two wise men in Needmore. But that’s all you really need. I can tell ya’ll, being third in my class was no day at the beach with all the peacocking and flamenco strutting through the halls of Southern Fulton High School. Two wise men is plenty, sure enough, even for the Baby Jesus.

“What’s truly remarkable is that we have pygmy sheep and goats scaled to fit in the shanty manger.  Plus Bob’s border collie Upchuck lays there just as good as gold, even though we all know he’d  love to herd those pygmies into a tight formation and run them around like a tiny marching band at half time. You should see what that dog can do with a flock of geese. It’s a wonder.

“Where was I? I just get lost in the grandeur of the history and pageantry of our little village. On New Year’s Eve we crown the new Miss Needmore Milk Princess and Cheese Queen.  It’s a daughter/mother combination contest/pageant. The only one of its kind in the entire nation. For eleven years it was won by Priscilla Blunt and her step mom Roxanne Wilson Blunt. Now there was some jealous talk that Roxanne only married Priscilla’s dad Arnold so she could get the Cheese Queen crown, but, c’mon people! Needmorons can see through such duplicity and chicanery.