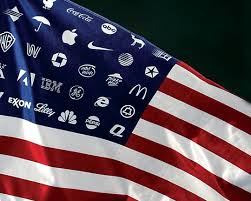 Oh the chains and uniformly planned strip malls that blacken the highways of our country! I’ve opined against them previously, how they suck the marrow out of local economies and pump up the bloodless pressure of Wall Street profits. I do despise the corporate model of business as usual wherein the top 2% of our population control something like 50% of the national wealth. Where CEO’s earn 260+ times more than the average employee while the average U.S. worker’s income has grown a sickly 5% in the last 35 years. Let me quote someone else’s data.

In the United States, wealth is highly concentrated in a relatively few hands. As of 2010, the top 1% of households (the upper class) owned 35.4% of all privately held wealth, and the next 19% (the managerial, professional, and small business stratum) had 53.5%, which means that just 20% of the people owned a remarkable 89%, leaving only 11% of the wealth for the bottom 80% (wage and salary workers). In terms of financial wealth (total net worth minus the value of one’s home), the top 1% of households had an even greater share: 42.1%.  Edward N. Wolff at New York University (2012).

If you tried to draw a distribution curve for this data, it would not resemble a bell curve but a water slide at Hershey Park. (The slide in this picture is aptly named the Insano. It’s in Brazil.) What’s wrong with this economic set up?  Let’s see, the folks at the top who mostly inherited their vast wealth tell the little people at the bottom to work hard and believe in the capitalist system that is totally tilted against them. “Try harder, Amigo. You can doooo it.  Whoops. There goes another one. Poor people are so slippery.” 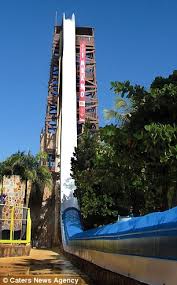 Here’s another way to look at it. The graph below shows how CEO’s income has skyrocketed since 1985, from 24 times more than the average worker to 262 times more in 2005. 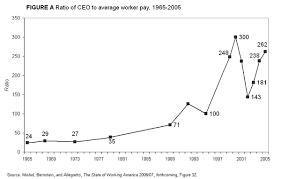 When I look at these facts, I wonder if we have moved beyond the Middle Ages feudal system or plantation slavery. Just close your eyes and imagine an entire cow or pig being roasted. Enough to feed 100 people who all work together. It looks and smells delicious. When it is fully cooked and just dripping with irresistible juices, meat falling off the bones, the CEO’s family takes the top cuts up to 35%. After the select cuts are served to them, the professional staff totaling 19 folks feast on the rest of the carcass, leaving a paltry 11% of the roast beast to be divided among the remaining 80 folks. Bones and knuckles, pig’s ears and tongue, tail and cracklins. Maybe you’re lucky and get the hog’s maw.  Oooh, Boy!!  Yippee skippy.  Life is so fun at the MASSAH’s table, uh, wait, I mean at the end of the fiscal year when profits are not shared and excuses are made for the folks on the slippy slide of downward mobility. Why is it that the corporate model always winds up looking like a ski slope? Why is there no upward pull for the average worker when obviously there is abundant money for the top shelf company officers and shareholders? The Dow Jones is at 17,200 today. A record high. Who benefits from this success?  A damn special few. These proud American corporations register off shore to further avoid paying U.S. taxes. C’mon. When is enough enough?
I don’t want to be angry about the situation. I haven’t seen anger solve too many problems in my life. I’m not screaming “Revolution” or “Kill the Czar”. I know this same sort of crap happens in communist countries and third world dictatorships. Human nature sucks at its core without God. I guess that’s it:  these statistics and trend lines are documentation of the godlessness of our time. And churches are no better. There is a similar hierarchy in larger churches where wealth flows upward and sticks.
I remember Nixon’s phrase in the early 1970’s, “trickle down economics”. Why is it that taxes are vacuumed upward from working people but benefits must “trickle down” to the little people after splurging on the rich?
The economist John Kenneth Galbraith noted that “trickle-down economics” had been tried before in the United States in the 1890s under the name “horse and sparrow theory.” He wrote, “Mr. David Stockman has said that supply-side economics was merely a cover for the trickle-down approach to economic policy—what an older and less elegant generation called the horse-and-sparrow theory: ‘If you feed the horse enough oats, some will pass through to the road for the sparrows.'” Galbraith claimed that the horse and sparrow theory was partly to blame for the Panic of 1896.
My friends, we are sparrows, feasting on the pooping end of the horse. There is a dark twisted theory called social Darwinism that comes out of the application of evolutionary theory to societies and levels of folks in societies.
Social Darwinism applied to a social context too, of course. It provided a justification for the more exploitative forms of capitalism in which workers were paid sometimes pennies a day for long hours of backbreaking labor. Social Darwinism also justified big business’ refusal to acknowledge labor unions and similar organizations, and implied that the rich need not donate money to the poor or less fortunate, since such people were less fit anyway. ( Running cuz I can’t Fly Blog)
Ah, it’s a wonderful thing indeed when you can control all the wealth and then all the media that explains life to the knuckleheads who slave away for the system that eviscerates them.  Read “Fast Food Nation” for a starter. It’s sickening, folks, really. I love my country and hate its distribution of wealth at the same time. The top of the wealth slide never gets any bigger although it continues to grow higher and higher. As it ascends to God’s heels, the speed at which poor folks are repelled away from prosperity increases. Shame on us.
Look, I am not poor. I’m not buried in debt. But I see that so much of America is unnecessarily burdened by the current robber baron system at work.  Tax me more. Pinch my growth. But don’t let another American slide away from a vital life. As it was in the beginning, is now and ever shall be, world without end. Amen.