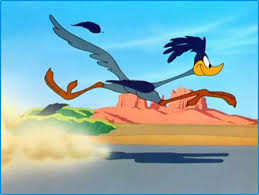 We’ve all had them, right?  Some of us more than others. Now I’ve driven over a half million miles in my 42 years of legal driving. I believe I have a total of four in my collection. The first two were twenty years apart, but the last two were only five years apart. That’s not a good omen. I deserved every one of them, no argument from me. It’s just an odd experience to have a cop light you up, pull you over, and do the whole official rigamarole while your daughter sits next to you. Which is what happened last night two streets over from my house. I mean really, how fast could I have been going on Route 3o while listening to Jerry Lee Lewis sing, “Oooh baby, that’s what I like. A wiggle in your walk, a giggle in your talk, makes the world go round, there ain’t nothing in the world like a big eyed girl, make me act so funny…”?  Well, fast enough I guess. I got a long necked goose stoppo  and no big eyed girl glaring at me while the lights popped and flashed all around. I felt like Justin Bieber in a stolen car without his lawyer.

“I’m a criminal”, I whispered after providing license, registration, and proof of insurance. “Here, call your mom. Tell her I’m going to jail; then after she calms down, tell her we’ll be a few minutes late.”  Fortunately for me I had just cleaned out my glove box a couple of days prior; otherwise I never would have been able to produce the latter two items. It would have been tedious for me and Officer Hockenberry of the Pennsylvania State Police.

“Uh, here’s a receipt for the muffler fix… one for inspection. That’s valid, Officer.”

“Sir, I’ve already noted that your vehicle is in good standing. I pulled you over for going 61 in a 45 zone.”

“Oh yes, um, let’s see, that’s expired… and this isn’t even my deposit slip. I don’t use that bank. That’s some stale gum.”

“Sir, Pennsylvania law requires you to have your vehicle registration in the vehicle at all times of operation.”

“Registration, sir. That’s all I need tonight and then we can both be on our way. What’s that?”

“Okay, here’s a duplicate, no it’s an outdated proof of insurance. Dang! Oh, oh, here it is. Whew.”

“Sir, you need to sign your registration card. It’s not signed.”

“Humph! Here… and put your seatbelt on while I write you up. That’s another fine that I don’t want to ticket you for tonight.”

“Have you been drinking tonight, sir?”

“No, sir. I am naturally this stupid.”

“Okay, I’m gonna take your word for that one. We’ll skip the field sobriety tests.”

“Thanks. A friend of mine can recite the alphabet backwards precisely, but I could not get the hang of it.”

“That’s great, but it won’t be necessary, sir. I’m taking your word for the stupidity thing.”

“Oh, thanks”, I would reply, not getting the reverse compliment humor.

Yeah, that could have been embarrassing. I had also tightened up the lock mechanism on the glove box while I was at it in pre- ticket experience. Before that the door would fall open; I’d slam it; it would shut without locking, then fall down in another second. It was like a cartoon skit. I’m thinking that sort of action might have popped someone’s cork during the pull over event. But something had possessed me to clean up the paper land fill that had been in my front seat and glove box. Sadly, I did not receive a similar intuitive heads up about slowing down while driving home.

A few minutes later Officer Hockenberry returned to my window. He returned my license, registration and proof of insurance. Then he handed me the fax copy of my citation. The bottom line was $147.50. Not bad. I was expecting $200 and a free lecture. He let me go with a “Good night and drive safely”.  All in all it was a good traffic stop.

Way back in my Virginia driving experience I have a vague traffic stop/ticket experience that was not a speeding violation but was  a moving violation. I was headed down Rte. 95 and turned off at Quantico Marine Base south of D.C.  It was the middle of a spring day, as I recall. Apparently I did not come to a complete stop at the stop sign on the exit ramp.  Maybe I just did a promise brake. In any event an MP pulled me over and wrote me a ticket. However, since this was federal land, my  ticket did not go to Richmond. Instead this MP directed me to pay it to an address in Washington, D.C. and he assured me that I would never hear anything more about it. Sure enough, I complied and heard not a word more about my traffic violation. But all these years later I wonder if that MP was part of a scam with a buddy on the receiving end of those ghost tickets. Who knows? It’s a hunch. I was just a dumb teenager before I became a dumb adult.

My favorite traffic stop, though, was on my way home from work, maybe 8:30 or 9:00 p.m. I was passing in the right lane, which was about to end.  I guess I juiced it enough to attract a policeman’s attention. The cop walked up to my window and asked what I was doing. I told him I was on my way home from work. He looked at my tie and my briefcase on the passenger’s seat. “Okay”, he said. And then he startled me as I prepared for my ticket. “We’re looking for speeding teenagers. Have a good night, sir.” And he let me go. No license, no registration. Nothing. I suppose that was my mulligan/do over/ moment of grace. I wanted to ask him if he’d ever been an MP at Quantico… but I bit my tongue.