English is a funny language, don’t you think so?  We have all these sound alike words, homonyms, that mean vastly different things even before you allow for Australian accents, and British, and South African, and U.S. regions, and English as a second language yuk ups. Why just today I heard the joke about the guy whose plane crashed in Australia. In the hospital during surgery he cried out in pain to the Aussie nurse, “Did I just come here to die?”  Coolly, she replied, “No, you came here yesterday, mate.”  This word play is the source of endless puns and bad jokes, double entendres, innuendos and so forth. It’s just so funny if you are on the same page at the same speed… and so stupid if you are not.

Earlier this afternoon my wife and I met with our financial planner, Rich. He threw in a joke without fluctuating his voice or face–
“If you work till you’re 62, then you’ll draw this much pension from the state. If you work till you are 72, they’ll name a building after you.” I caught it before my wife, about an hour before as it turns out, and said, “Yeah, I’d like a brick  building to remember her by”, when Rich chimed in “Like a Brick….HOUSE” from the Commodores with Lionel Richie and full on upper body dance funk. We laughed and tried to get back on track as my wife wondered how the train of thought had become so derailed and deranged. It’s fun until it’s not. Caution: do not attempt word play with foreigners who are struggling to learn English or folks who have language impairments or people in crisis. Bad things could happen.

My youngest daughter had some language delays when she was 5 years old. She managed to cope by talking endlessly, thereby eliminating the need to listen. Each morning as I drove her and her older sister to school, Jess would prattle on and on about anything and nothing. Grace would shift in her seat, unable to get a word in edgewise. One day, attempting to insert a pause, I said, “Thanks for that update, Jess. Now let’s give Grace a turn.” That’s when Jess screamed out, “It’s not a cupcake, Dad!” That was the beginning of speech pherapy and auditory processing appointments. What a difference!! Now when she yells at me, her content matches the context and I deserve it. These days it’s my turn for pherapy.  Repeat after me, “Take the ambulance to the funeral.” “Take the ambliance to the fewhnyerral.” 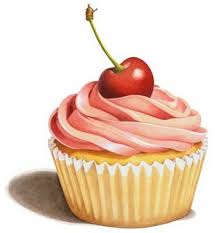 “Just ’cause I said it don’t mean I meant it, just ’cause you heard it,” sings Adele. This reminds me of another favorite of mine– the double or triple negative. My wife uttered two good ones that I can recall. Once she called me from work to remind me to put dinner together for that night.

“Don’t forget to unthaw the beef”, she told me.

I paused. “You want me to freeze the meat?”

“Or I’ll beat you with frozen meat.”

“You know what I mean”, she responded, which was true but I was being difficult, which she already knew from previous experience.

I am not a language Nazi, far from it. I am someone who loves words and language and fun. I recall a long, long set up to a really bad homonym pun. We were at the beach and I was trying to explain to some poor unfortunate soul how the fish were jumping beyond the waves.

“They are silver sea trout”, I asserted falsely.

“To escape being eaten by the porpoises.”

“Yeah, there’s a best selling book about this fish.”

“That’s because you weren’t beaten enough as a child.”

“I get that a lot too. It seems to be a universal assessment of my character.  Now, nah, ppput the frozen meat down… and the belt. We can talk this out without resorting to violence, can’t we Darlin? God help me. Did I just come here to die?”

I never learned to quit while I was behind. Not even when I was a little behind, maybe four or five years old. Now I’m a big behind and I need to unloosen my belt while thawing frozen beef.

Anyway, did you hear about the Arabic woman who got pregnant with twins before she was married? Shocking, so it was. Her family insisted on adopting out the identical twin boys. One to a family in Spain, who named him Juan; and the other to a family in Algeria, who named him Amal. Years went by. This woman eventually married a good man and started a family. Twenty years later a letter arrived from Spain with a photo of Juan. The letter said, “Mother, I  have tracked you down and want you to know that I am fine. Thank you for loving me enough to do what was best for me.”  The woman sobbed uncontrollably. When her husband came home she was still crying. She told him about the letter from Juan. He said, “My dear, this is a joyous thing. Be happy.” To which the woman replied, “But I will never see my Amal. Booooohhoooooo!” But her clever husband pointed out, “Dearest,  don’t you remember? They are identical boys:  once you’ve seen Juan, you’ve seen Amal.”

Put the frying pan down, Honey. This does not have to end in violence.