I like how words sound; maybe I just like sounds. I guess sounds come first and then words result. My granddaughter Leah is 9 months old and just now acquiring her language skills. She can say “MaMaMaMa”, “DaDaDaDa” and other sounds that aren’t yet words. But she demonstrates receptive language way beyond what she can say. If you ask her where daddy is, she looks for the door. Say “Kermit” (the dog) and she crawls over to the dog dishes or toys. The same applies to “ByeBye” “Sleepytime” “More” and other communications. She demonstrates a clear understanding of each word’s meaning, which is kind of magical if you think about it. How do repeated sounds one day cross over and become meaningful units of information? One day, rolling random sounds flow by like meteors from space, and the next day they line up in racks and stacks with labels and measures full of structure and order. Miraculous, if you ask me. 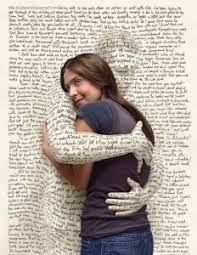 You’ve probably read John 3:16, “The word became flesh and dwelt among us.” God starts as word and then becomes enfleshed as a man/god, Jesus. In His short human life he gave us the language of love, mercy and grace, and redemption. It’s an awesome language if you speak it, but just having the receptive language ability is pretty cool too. In baby land the sounds become words and dwell among us as language. Chaotic noises occur randomly, but a developing brain begins to search for order. Little Leah’s brain associates a sound she generated with an external thing in her view. Her attentive mother reinforces this association once she realizes it’s happening. Grace smiles and claps and says, “Good job, Leah.” I suppose a nonverbal language has already been laid down between mother and daughter. What a great laboratory for learning anything! Surrounding a toddler with loving touch and smell and sound and taste reinforces all the newness she is discovering. Blending these senses into language consciousness through the channel of sound is a staggering concept.

I see a strong parallel between these two examples. God is like a parent who loves us and wants to communicate with us in deep meaning; so He gave us Himself, the meaning maker, in the form of Jesus. My daughter wants the same sort of deeper communication with her child, and so she happily labors to guide little Leah into meaningful language. The result is not always pretty with believers or kids, but now and then the outcomes are miraculous.

We Skype every now and again. Like her mother at the same age, Leah tries to climb into the computer screen to touch her grandparents and Aunt Jess.

Visual representations are beyond her concrete understanding. Unlike the immediate environmental word=noun or word=concept association, the computer image is 900 miles northeast of her. That understanding is going to take many years to grasp. Piaget claimed that concrete permanence is a developmental stage, i.e., when a toy is hidden under a blanket, the child knows the toy still exists. I guess this means that for now we stop existing when the image goes away. I’ll work on that, my Blogglers and let you know how it progresses. I want to be permanent in my granddaughter’s mind.

Many adolescents and adults want to see God steadily. In a sense they have not reached object permanence in their spiritual development, though God is not an object. When they are in His presence through reading His word or worship or fellowship with other believers, they see and grasp Him. However, like my granddaughter, once a veil comes over His presence or the screen goes to black, they stop perceiving and pause their belief. Sure, we’d all like to Skype with God or walk alongside Him regularly. But if that were the case, we would be operating on our senses and not on faith. And our senses are not good at remembering. In AA they say don’t act, HALT. When you are hungry, angry, lonely or tired, you should pause and reflect. Why? Because when we are operating only on our senses, we make fools of ourselves. Act rather on faith.

Many folks I know struggle with faith in the unseen God. Yet these same folks believe in and trust their bank, their retirement fund, Social Security statements, and more unseen institutions of mankind. Let’s face it: you have to trust or you’ll never get anything done in life. Not trusting leads to self sufficiency where you have to own and defend your own land, drill your own well, make your own electricity, food, shelter, clothes, etc. Some of these folks have bunkers ready for Armageddon survival. Out on the fringes it gets ridiculous. How much fear energy does it take to build an underground bunker? And then, what do they do as the years go by and the bunker just sits there, a gaping hole full of faithlessness? 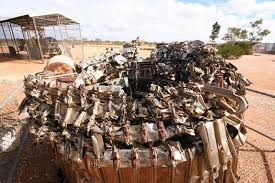 “Jubba, jubba” means nothing more than four melodic syllables from a Grateful Dead song, “Mr. Charlie”. It’s the equivalent of Space debris hitting the desert portion of the planet of our brains. But if you add the structure of other contexts, you can arrive at Jubal, a flute playing figure from the Old Testament; or Jubal Early, a Confederate Army Civil War general. With a little Latinization you can arrive at jubilation, a lovely word that means full of joy or exultation. All of this ordering could make you downright jubilant.

Slam that up next to Holy Moly! and you get joyous exultation plus an expression of surprise. Sadly, there is no such thing as a moly, Bloggolies. It’s just a sound that rhymes with holy. But don’t stop there. We are Burrito Nation. We can supply our own contextual structure and arrive at meanings never imagined before. Moly. A liquefied cheese that contains 10% mold, a variant of bleu cheese. Said to resemble moleskin if allowed to congeal. Now that’s some holy moly. Or he could be a French Impressionist painter, Claude Holy Moley, pronounce Mo Lay. No matter the context, my pointillist paint dab friends, jubba jubba, holy moly, looking high, looking low…