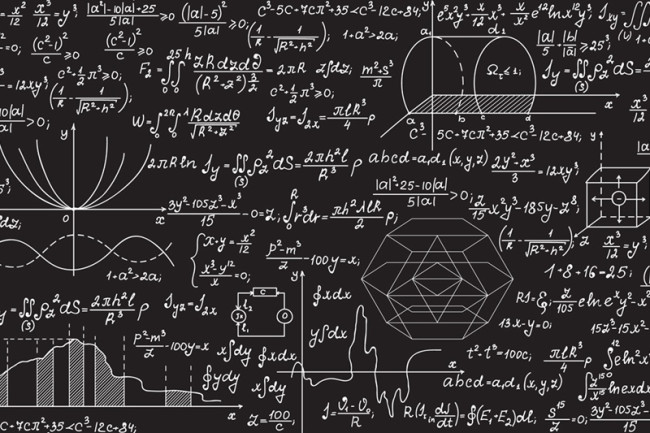 Dear Bloggo, it is delusional thinking that causes you to try and make someone be different than they are, and yet you persist. We all do. We engage in what I call Suck Math. It goes like this…

And there is a variation of suck math that goes like this.

You shouldn’t disappoint me. You disappointed me. You suck.

Turned on the speaker, suck math goes in deeply like an embedded tick.

These are simple things, but if they are swept into huge piles, they can smother a person, like the guy who smothered when a grain elevator buried him in uncooked rolled oatmeat flakes in Iowa. Or was it grits? It took a month to clear out the elevator and believe it or not, he was perfectly mummified. No stink either.

I used to tell this anecdote. I came upon a man one night in the alley near my office. He was shaking and kicking and cursing at a Coke machine. I asked him what was the matter. He said, “The damn thing took my money and didn’t give me a Coke!”  I asked him when this had occurred. He replied, “About three weeks ago.” Now I admit that I made up the scene to make a point. The problem began as a defective, unthinking machine’s failure to deliver the goods. Very quickly the problem switched to the defective, unthinking dude who failed to problem solve. He kept treating the machine as if it could change and be what he wanted and needed. Yet he remained thirsty and frustrated and dense. His foolish and distorted perception kept him locked in a futile struggle with a sophisticated refrigerator. He lost before the first carbonated beverage was thrown.

Which brings me to my real point: I once determined that I was going to turn a possum into a domesticated catlike pet. I was 11, I think. My local buddies and I “hunted” and “trapped” anything that moved in the nearby woods where we spent thousands of unsupervised and unmolested hours in childhood. We caught snakes, birds, frogs, turtles, lizards, toads, fish, a groundhog for about a minute, and anything that moved.  One day we had a young possum treed in a black walnut tree.  Chris Young, the neighborhood Goober Game Warden, climbed the tree and poked the possum into letting go of his grip. He fell to the ground and played  possum (the possum not Chris). We caged him. Again, you know it was the possum, right?

My buddies could not take home a caged possum, so I wound up taking it home and putting him in the little shed that attached to the back of our house. I provided water and food, but the possum was not impressed. Plus, I think they are mostly nocturnal so I missed his best hours. I was determined (like the guy at the Coke machine or you, Bloggo) to domesticate this wild catlike critter.

I got home from school early one day and put my plan into action. I drew a warm bath and put lots of shampoo and bubble bath in the water. I put on gloves and extracted the possum from his cage. I dropped him in the water, which turned black in seconds. The thing was filthy, greasy, stinky dirty. I tried to scrub his wet fur. He was having none of that. He bared his little possum teeth at me and hissed. I drained the tub and refilled it with fresh water. Dark mucky streams emanated from the little possum like black blood. He was dirtier than fifty gallons of water could dilute. I was running out of time and the humid stink was attaching to the walls of the bathroom. I drew one more tubful of water, which turned dark grey. Progress, but I had to move fast before my crime was detected.

I tried to dry the possum in the towels available in the bathroom. It was like drying the underside of a New York City cab in February. Unspeakable.  The humid stench was heavy, and here is where I think I made my fatal mistake. I took my brother’s Right Guard deodorant from the back of the toilet tank and sprayed the possum and the air all around him. I figured that I’d run back in the house after I put the possum back in his cage and take a shower. I needed one anyway. That would be my cover story, “I was really dirty.” I hurriedly took the possum back to the shed and set his still damp hide in the cage. It was November.

The next day, after my folks yelled at me and my flimsy cover story, the possum was playing possum eternally. He had frozen. In death he sort of reminded me of our cat Stanley who had been run over on The Parkway last winter. Flat and furry and very quiet. We had buried most of Stanley last winter, all but one back paw that sort of waved at us from his shallow grave all winter. Now Stanley had always been an outdoor cat and died that way. No one tried to change him into a possum, so his death had a little more dignity than the unknown possum. It was not exactly murder, but certainly Possumslaughter fits. 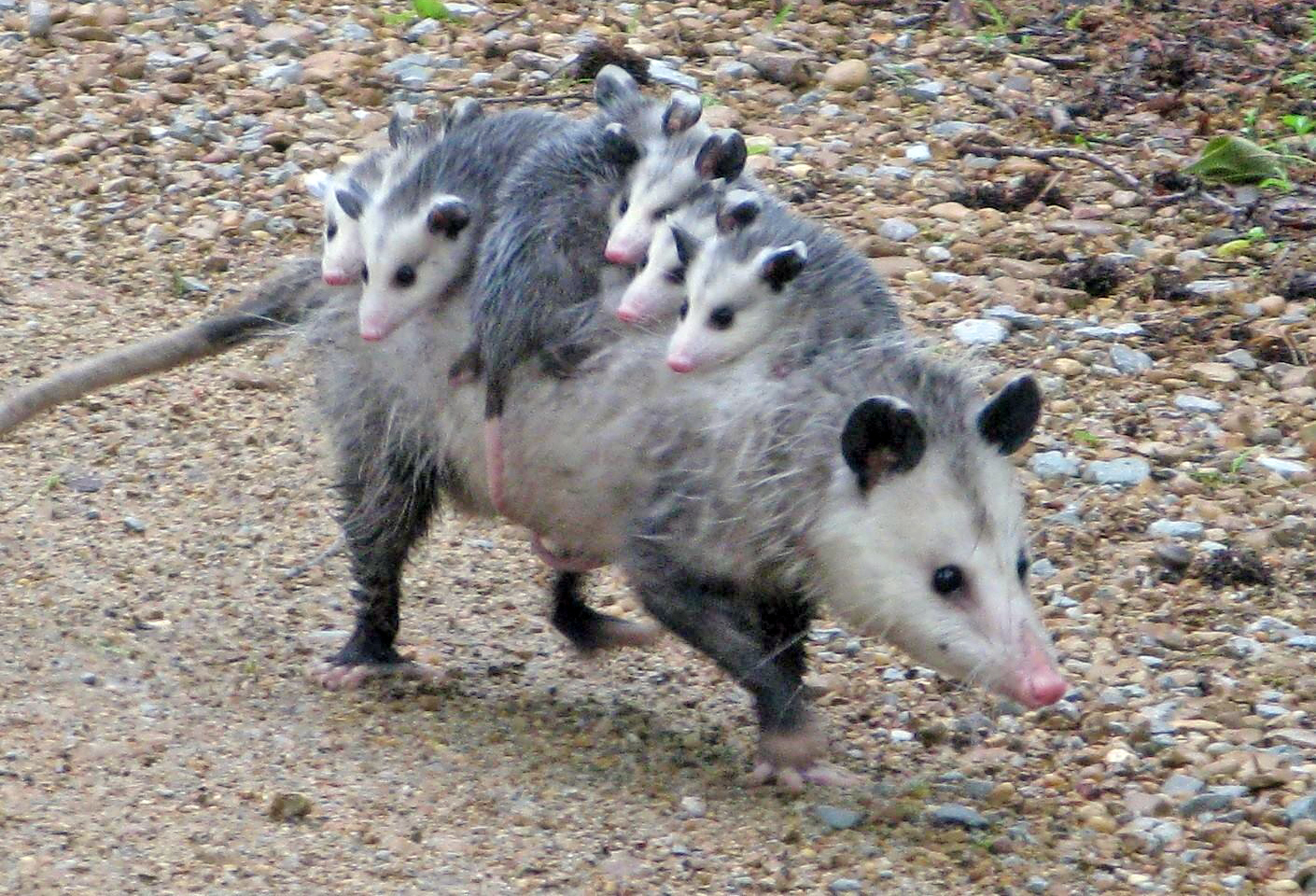 The lesson to extract, take away, or conclude, oh Bloggo?  Don’t create impossibilities and then attempt to solve them as if they were possibilities. You’ll lose every time, which is what delusional means in the original French.