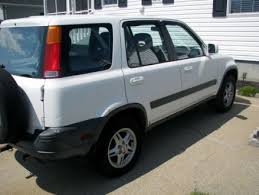 Today my wife needed to swap cars, which is no big deal. She wanted to go to Lowe’s for some hardware needs and my 2000 Honda CRV is more suitable for messy loads than is her 2010 Honda Civic. I didn’t think a thing of it until I was driving into town, leaning down to see out of her mirrors. I thought about adjusting them, but why? She would need them reset by the end of the day, 10 miles later in my commute. The same thought skated across my frozen pond mind regarding her seat. I could stretch out a bit, but why?  Her legs are not that much longer, and, as I zoned along Route 30, I fell into a brief reverie…they were part of the initial attraction I had for her. I like long legs, which means I like tall women by default. Truly, though, it was her gorgeous smile and chocolate mahogany eyes that sizzled my soul like fajita meat. And they still light me up 38 years later, though I don’t think she would believe me on this point. Maybe my soul is refried beans now, reheated in a microwave, or just a warm flour tortilla. I started thinking about her car being her space and wondering how she interpreted my vehicle. Ooooh. My car is not clean and neat. It has stuff that resides in it– a glove, a five month old magazine, an order for bloodwork that I never had done, and a layer of dust particles. My car is a noisy five speed that requires more work than her quiet automatic. But there it is– because my car is dirty and nearing its blue book value death, it ironically has more value today!  I like pulling a positive out of a negative! My cd player skips a bit, which is fine since I rarely use it. I listen to crappy local radio stations if I listen to anything. My steering wheel has an old leather cover that is sort of sticky with age and the sweat of twelve years in it. Yeah, and the front left disc brake makes a chirping noise lately, so I must get it into Danny’s Garage.  Oh, and when the weather is nasty, it’s my expendable car that gets used in snow and ice and heavy rain. All wheel drive, baby. One more keeper quality.

Now Sara’s car is definitely cleaner.  Not only does her cd player not skip, but it plays on beautifully. And this morning it played a Christian praise disc that made me think further about her heart for God. She often listens to inspirational music or radio stations. And she grows spiritually. Each song I listened to made me think and feel as I imagined she did… in a sort of strange melding that is empathy. I was in her car and slipping slightly into her skin, so to speak. In doing so, I realized that my skin is pretty thick and coarse, like pigskin. And hers is soft and supple like a calf’s. And I think that’s okay when each is in its proper context. Still, there was a little thought bubble growing above me in her Civic that led to minor guilt twinges. Would she be as charmed in my old vehicle and even consider what it’s like to have thick rough skin that feels like boiled beef tongue? Probably not. A rubbery hard heart is not such a spiritual thing. It’s just a hardened muscle that keeps you alive, whereas a soft heart can give life to others in compassion. A soft heart can bend and blend; a hard heart is just a rough ride.

I could use a lot more time in my wife’s car, not just because it gets better gas mileage. Looking through her eyes and feeling her feelings might just reset my psychological odometer and stretch out my skin, allowing me to be exquisitely sensitive at times.

“The transformation from neurosis to personality health is indeed a wonderful process” says John Sanford.  I’m thinking he’s right when he adds, “Love comes into the man’s life to vanquish his loneliness.”  Almost 40 years ago she came into my life and loneliness left for extended periods of time. Not sure it has been vanquished. As I drive her car today, I know he is not around in this car and hope he’s not in the old dusty one either.