So Jake at the coffee shop said I should blog, “Start one, Man, I’ll read it.” I don’t know if he will, but he is a sincere guy as far as I can tell. At my age you either do things quickly or you forget them, so I decided to jump right on this matter. My computer, so I am told, is a dinosaur at 8 years of age. Okay, but I fired it up and promptly asked my computer savvy daughter to tell me how to do this. Her technical suggestions were simpler than Jake’s and voila! I have a blog unrolling beneath my fifty six year old fingers.

What to say?  Well, today is Thursday, and I have started Thursdays with the Coffee Summit for the past three years. It started with an umemployed friend who needed a sounding board and a friendly face to talk at. (I’m a professional counselor) We met at 8:30 and ran through his struggles with the firing and the ugly market conditions for a guy in his fifties who had been such a workaholic that he never took time for training. He had worked himself into obsolesence and ticked off some folks along the way. He told me, “Ya know, I’d come home after work and just stare at the Weather Channel for hours and I could not tell you what the weather was.” Frozen fish have a better life than that.

Anyway, one day my buddy Chuckles rolled in for caffeination. I introduced him to Tim the workaholic and he joined us for a while. And this pattern repeated for a while until another guy I knew came in for caffeination and asked, “What’s this?” I suggested modestly that it was the Coffee Summit, and so it was. Week after week now for three years we have had various guys who are partially and fully unemployed drop in for an hour and chat, laugh, play chess, commiserate, bond, etc. One of the guys was diagnosed with lymphatic cancer, Walt. We watched him slow and decline but still attend. He’s a health nut and does not even drink caffeine. We knew that he needed help but was not going to ask for it, so one Summit we all agreed to paint his old, funky trailer and do repairs as we could. Walt allowed us to proceed and picked out colors. One Saturday in September we showed up and threw down hard on that shabby trailer, cutting away rotten siding, replacing it with pressure treated trim boards, caulking, and painting. At the end of the day any fool could see that significant change had happened. We wanted to renovate Walt’s lymph system, but we had to settle with trailer renovation. It was a great deal of fun and another way to bond with the Coffee Nation men. 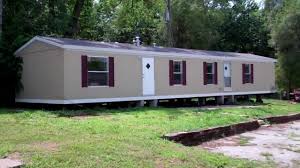 What was so amazing about this experience was that guys ponied up money and/or time so generously. One of the guys handed me $300. Another fellow, my daughter’s boyfriend, gave me $50 and said he’d give more when he could. A guy at church handed me $1000. I felt like I worked for the mafia with all this money being handed to me. Because of the generosity, we could also replace Walt’s shower/tub arrangement. His old tub was held together with duct tape, I kid you not. The HVAC guy did the install for free. It was amazing, and humbling, and satisfying. I’m getting a warmth just recalling it.

So, I’ll have to add to the Summit later as time allows. It’s time to fling this blog puppy out of the plane and see if it flies.